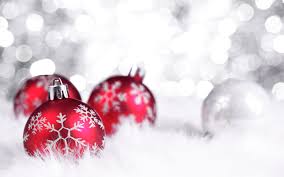 What would you buy as a Christmas gift for someone who sexually assaulted you? A book? A stopwatch? Cyanide? A portfolio of the haunting images in your mind? I usually opted for Almond Roca and a John Wayne flick. He loved those!

What should you talk about at the holiday meal with people you equally adore and fear?

How do you reminisce about the good ole times when so many of them were filled with chaos? Mom, remember when you screamed “let’s go!” and we ran for the car and took off, but we came back the same night and he threatened to kill you if you ever took his kid again? Bro, remember being scared to death in your room and we tried to turn up the music to drown out the sound but we could still hear shit breaking all night? Dad. Nah I can’t even…

The utter ridiculousness is real, but the holidays can be a particularly challenging time for folks trying to thrive after childhood trauma. For a long time, I wasn’t conscious of this. I went “home for the holidays” just like everybody else. I cooked and drank and wrapped gifts in true Cringle style. I did and still do get genuinely excited for the spirit of the season. And I enjoy being with my family in a way I can’t explain. But the unspoken undercurrent that I stuffed away and ignored was affecting me whether I chose to realize it or not. I see now how shut down I was, cut off from my true emotions and experiences.

I started to notice anxiety in my body around the thought of spending the night in my childhood home, for example. I became aware of strong feelings of pressure, obligation, and guilt. I realized how difficult it was to return to a place where I had experienced so much violence. When I woke up to these sensations, being in the room where I was persistently violated felt like returning to a crime scene. Certain smells, sounds, and sights were overwhelming. I couldn’t pretend anymore.

When I finally started creating boundaries around the holidays – as simple as going for a few hours but not spending the night, or not drinking alcohol, or not going broke trying to buy gifts that could express emotions I couldn’t – I felt a huge sense of relief. I was standing up for myself and what I needed to feel safe even if it didn’t fit the perfect holiday picture. It was awesome!

And then I could start to deal with the “normal” stress of the season that is talked about so much in our culture. We seem to swing wildly from the extremes of “how to survive the season” and how to have the “perfect holiday.” We’re all aiming for a Better Homes & Garden picture-perfect golden browned Turkey on a sparkling in the candlelight crystal decor table with the kinfolk gathered around smiling in their matching autumn apparel. Yet we’re also just hoping to get through the emotional exhaustion of seeking to achieve that picture – the long lines, travels in traffic, the financial blows. I welcome anyone caught in that place of stress to kindly use those magazine photos to start a bonfire on Thanksgiving night.

The truth is, it’s up to US to create the kind of holidays we want. The last few years have felt extra special because I’ve actually FELT. The first Thanksgiving with my sisters after missing them for 17 years was awkward. I was full of angst. But instead of bottling it up, I talked to my brother about it the whole drive home. The second one was one of the best days of my life. There was so much joy in my heart. I hung on every word my now grown nieces and nephews said. It was a beautiful day, cool enough for sweaters but warm enough to sit outside in the sun. I walked around in awe, feeling so special to be connected again. Since we spent so many years apart, I don’t have the expectation that we’ll be together at the same time every year. Instead, I’m just insanely grateful when we are.

For me, the best recipe for a sweet holiday season is a balanced mix of self-care and generosity. If I can stay grounded and present, I can truly enjoy time with family, friends, and strangers. I can decide whether I’ll be in a cabin in the woods or a party in the city, whether I’ll have the old stuffing mashup or mix it up and put Italian on the menu. Eat that, holiday magazines! On my drive, I can crank the radio and not worry about the traffic. If I get overwhelmed, I can take a little time to myself.

And now that I’m in a better place, I can reach out to people whose families or finances don’t fit the picture. To elevate joy even a little. To serve a meal or run for charity or leave small gifts for people on Santa’s behalf or write cards for kids in hospitals or just be extra sure to make eye contact with everyone out there trying to make their way this holiday season. By acknowledging my challenges and working through them, I now see the many fortunes I have and am in a place to share them. What a gift.

These statements grab my curiosity though. Why do we get amped up to see holiday merchandise roll out ‘early’ for people to start stocking up? Is it because we are simply beside ourselves with anticipation to throw down eight thousand calories in one sitting on turkey day? Or maybe it’s the fact that we get to dust off our Christmas sweaters to compete with others for the worst garment competition that even Santa wouldn’t be a part of. Or that musicians compete for the most annoying version of Jingle Bells to ever be played, over and over and over and over again? In fact, I bet those songs drive up alcohol sales during this colorful season. After a few drinks, people go from hating that damn song to singing along with it cheerfully. Oh wonderful booze, how numbing you are.

I have a sneaking suspicion that once we see the holiday cheer in the stores, it also means getting together with family. Holidays in my home as a child were good, but…different. We hunted Easter eggs well into our teens which was a bit odd, but the chance of scoring money in some of those colorful eggs made up for it. And since we lived on the left side of nowhere without smartphones equipped with cameras, there was a good chance that nobody would see us collecting eggs in our baby blue baskets wearing Metallica or Iron Maiden tee shirts. And there was no telling what the Fourth of July would bring. When we were young, we would travel to the city to visit family and watch fireworks. As we grew older and discovered booze, parties took over our little house in the country on many Independence Days.

Halloween was usually fun as we dressed up as hobos or witches and ghosts. Again carrying buckets filled with candy probably a little longer that we should have been, but whatever. You can’t really tell my age when I’m wearing a scary mask even though I was nearing six feet tall. Thanksgiving usually meant a fat fest with too much snack food, and later beer as I grew older, before the actual feast. I remember nights after stuffing my face all day of lying belly up on the living room floor under a layer of cigarette smoke as my dad puffed away in his chair.  I was unable to move… at all, not even from side to side, as my belly was maxed out looking like a basketball had been stuffed under my shirt. I think part of that was stress eating from feeling out of place even among family and of not wanting to be there.

But Christmas time growing up for me was a relief holiday. It was the one time of year that our family let our guard down, if only for a short spell, to act like we gave a hoot about each other. The rest of the year was spent cooped up in our own little worlds of survival. There were so many ups and downs between this special day. But on Christmas morning we handed out gifts with the classic movie ‘The Christmas story’ playing in the background while a fire crackled in the stove and the smell of breakfast cooked in the kitchen. We were all gathered around with piles of paper being tossed everywhere. I felt like a kid.

Today, I still feel like a kid at Christmas, but during all of the holidays throughout the year as well. I now have a son and a better relationship with my immediate family and I’m seeing life through a different pair of glasses. Easter is now for the kids as we watch my son and his cousins look around grandma’s house for eggs with the possibility of finding one from the year before. Independence Day is spent with family and friends watching live music as we enjoy summer food and fireworks. For Halloween, I now get to walk behind a nine year old version of Russell Wilson as he trick or treats in the neighborhood. Thanksgiving is now a lot less calories, but still delicious especially after an early morning Turkey Trot through town.

Christmas is still my favorite as I get to watch the kids’ eyes light up as they open their gifts and toss them aside without looking at what was actually in the wrapping paper ready for the next gift to tear apart. It’s also a big-time giving opportunity. I try to give throughout the year, but even more around this time.  My son gets some of his money from his room and I match him or more as we pick out some clothes, toys, or food to donate to foster kids or a charity that we choose. I usually don’t like talking about my donations because it’s not to toot my own horn and I think that it’s important to give anonymously. But I wanted to share the gratitude that I see in my son as he gives back without hesitation. I’m getting choked up just writing this. Look away, I’m hideous!

As we near the end of 2016, people are still grumbling about the damn ornaments for sale before we’ve even walked through a haunted house. And I know the department stores and Starbucks will be filled with catchy, will-never-be-able-to-get-that-song-out-of-your-head jingles as we sip our pumpkin spiced lattes on our way to serve food for the homeless. If you ask me, they could play Kelly Clarkson holiday songs all day. Did I really just type that?

Joy to the world, the holidays are here! 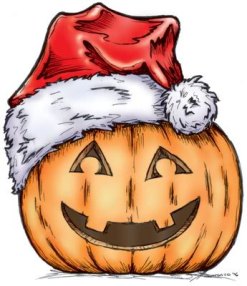 7 thoughts on “All I Want for Christmas…”